The Church of God Established by Christ Ahnsahnghong 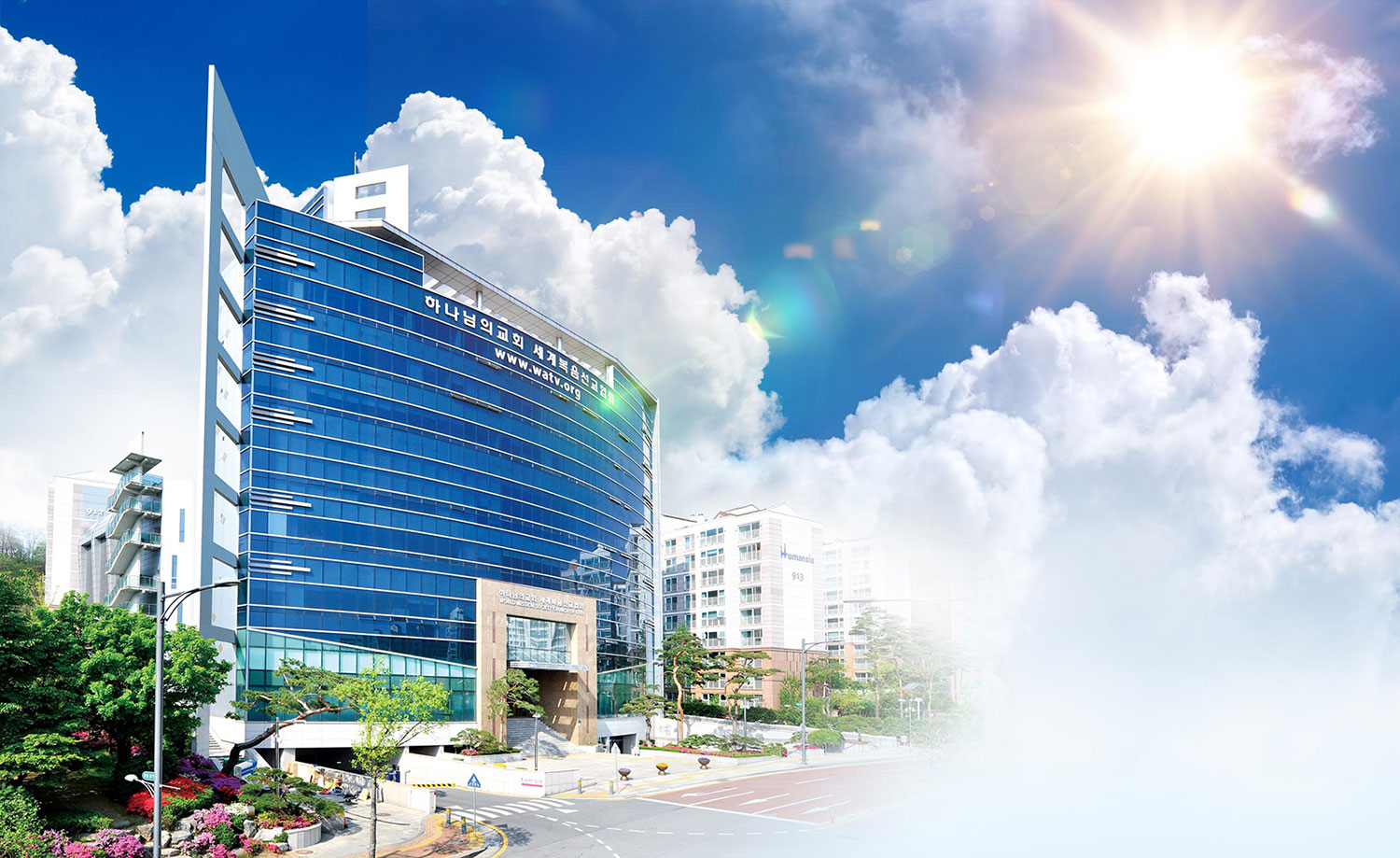 The Church of God was established in 1964 by Ahnsahnghong the Christ who came a second time. It is the only church that has restored the truth and faith of the early Church. Since its establishment, it has grown into a global church with over 7,500 churches across 175 countries. The Church of God (official name: World Mission Society Church of God) believes in God the Father and God the Mother according to the teachings of the Bible. The members faithfully keep the New Covenant and preach the gospel to the world. They also deliver happiness to all people through their heartfelt volunteer services with love and sincerity in obedience to the teachings of God.

The Church of God Rebuilt by Second Coming Christ

After the Apostolic Age, however, the church became secularized, and all the truths of life, including the Passover, were abolished. During the Dark Ages, the Church of God, which kept the New Covenant, disappeared. Since the Reformation in the 16th century, although many different denominations and religious leaders appeared and interpreted the Bible in various ways, the truth of God could not be found.

The truth of the New Covenant, which had been sealed for a long time, was finally opened when Christ came a second time. According to the prophecies in the Bible, Christ Ahnsahnghong came from Korea as the Root of David and restored the gospel of the New Covenant, the truth of salvation that only Second Coming Jesus can bring back. He then rebuilt the Church of God in 1964 (Rev 5:5). The Bible also prophesied that Second Coming Christ would fully reveal the secret of God the Mother, who is the Bride in the heavenly wedding banquet (Rev 22:17; 19:7–9). Christ Ahnsahnghong led the people of the world to Zion, where there is the law of the New Covenant and where God the Father and God the Mother dwell (Mic 4:1–2; Eze 47:1–12).

About the Church of God

The Church of God inherits its name, truth, and faith from the early Church. Jesus established the law of the New Covenant with His blood so that all people, who were destined to die because of their sins, could receive the blessing of the forgiveness of sins and the Holy Spirit. The church preaches the gospel and observes the New Covenant that includes the Seven Feasts in Three Times: the Passover, the Feast of Unleavened Bread, the Day of Firstfruits [Day of Resurrection], the Feast of Weeks [Day of Pentecost], the Feast of Trumpets, the Day of Atonement, and the Feast of Tabernacles. Additional New Covenant teachings that the church also follows include baptism, the Sabbath Day, and the veil regulation. The Church of God does not keep cross reverence, Sunday worship, or holidays such as Christmas and Thanksgiving Day because these teachings are not in the Bible nor commanded by God.

The church members believe in God the Father and God the Mother, who came to give the water of life according to the prophecies in the Bible, and put Their teachings into practice. As children who resemble God, they make efforts to create happy homes and participate in the divine nature. As they are told, “Love your neighbor as yourself,” they contribute to their neighborhoods, communities, and country.

Read More the Truth of the Church of God

In the early 1960s, the Church of God started as a humble house church. Through the sacrifice and devotion of Christ Ahnsahnghong, the foundation of the church was laid and the gospel spread throughout the capital area and all over Korea. After Christ Ahnsahnghong ascended to Heaven in 1985, completing His 37-year ministry according to the prophecies in the Bible, the church followed the guidance of Heavenly Mother and put more effort into preaching the gospel of the New Covenant, practicing God’s love all the more.

Based on faith in God, the church grew rapidly and became the salt and light of their neighborhoods and communities. The number of registered members reached 10,000 in 1988, and 100,000 in the mid-1990s. In 1997, the church was established in three countries, including the United States. After the first overseas visiting group came to Korea in 2001 and the church was established in seven countries, the number of members increased internationally and new temples were established one after another.

In 2016, the New Jerusalem Pangyo Temple was established and the movement to save seven billion people was proclaimed. After the 100th birth anniversary of Christ Ahnsahnghong in 2018, it grew into a global church with more than 7,500 churches in 175 countries. It has been only 20 years since the overseas mission began and 50 years since the church was founded.

Read More about the History of the Church of God

Beyond race, nationality, and culture, the Church of God regards all people around the world as a global family. The members practice God’s love by helping those who suffer from disasters, hunger, diseases, poverty, etc. The church provides volunteer services in various fields such as emergency relief, medical and welfare support, cultural communication, character education, and environmental preservation.

Governments and organizations throughout the world collaborate with the Church of God by providing support and building partnerships. Through these partnerships, the church supports the international community by implementing the Sustainable Development Goals, responding to climate change, providing disaster relief efforts, and improving the well-being of global neighbors. Many experts from various fields such as politics, economics, law, education, art and culture, sports, and medicine have signed in support of volunteer activities of the Church of God.

In 2016, the Church of God was invited to the United Nations Central Emergency Response Fund [CERF], a high-level conference held at the UN Headquarters; they say it was the first time for a church to be invited to the conference. General Pastor Kim Joo-cheol delivered a speech, in which he pledged to continue to help with global challenges, saying, “All the humanitarian activities of the Church of God come from Mother’s heart.”

The Church of God has been recognized for its dedication and efforts to their communities and countries. The church has received more than 3,000 awards including medals, citations, and achievement awards from the world. Three governments of the Republic of Korea have awarded the church with the Presidential Group Citation, Medal of Merit, and the Presidential Citation. In 2016, Queen Elizabeth II in the U.K. awarded the Church of God with the Queen’s Award for Voluntary Service. U.S. Presidents Biden, Trump, and Obama presented the Church of God with the President’s Volunteer Service Award Gold (the highest honor for a group) 48 times. In addition, the church received the Green Apple Awards (Gold and Bronze), a global award for organizations that demonstrate best environmental practices.

Local governments and councils have issued proclamations and resolutions commemorating the Church of God’s achievements for community development, harmony, and communication. Many municipalities in the U.S. have proclaimed Church of God Day, encouraging their citizens to join the church’s devoted volunteer services.

Read more about Major Awards the Church of God Has Received

Mission & Vision of the Church of God

The Church of God is the only church that God established on this earth. Following the will of holy God, members strive to preach the gospel of the New Covenant to save people and lead them to salvation (1 Ti 2:4). Through this, the church aims to complete the mission of the Last Reformation that preaches the perfect truth Jesus established.

The church also shares the truth about the Spirit and the Bride, who give the water of life to humankind in this age (Rev 22:17). The Church of God leads people to the way of life by testifying about Second Coming Christ Ahnsahnghong and Heavenly Mother, who appeared according to the prophecies of the Bible.

Amidst the worldwide decline of Christianity, the driving force for the constant growth of the Church of God is the truth and love of God. The Church of God delivers consolation, hope, and happiness to people around the world through the truth of the Bible and the great love of Heavenly Father and Mother. From the Himalayan highlands to the Amazon rainforest, the regions nearby the Antarctic, and the North Pole, the sound of singing praises to God Elohim resounds.

The Church of God will keep preaching the truth of life throughout the world with the hope that everyone in the global village realizes God Elohim, becomes of the heavenly family, and receives eternal life.

Go to Church of God WATV